The Gerber Institute for Catholic Studies is very pleased to present Dr. Wes Jackson, founder and President of The Land Institute, at a public lecture Tuesday, March 6 at 7:30 p.m. in the Dugan-Gorges Conference Center on the campus of Newman University. Dr. Jackson’s lectureLarge Inflatable Water Slide, which is free and open to the public, will be entitled “The Prairie as a Measure for a Sustainable Agriculture.” 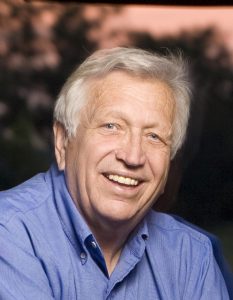 Dr. Jackson’s writings include both papers and books. His most recent works, Nature as Measure (2011) and Consulting the Genius of the Place: An Ecological Approach to a New Agriculture (2010), were both published by Counterpoint Press. The Virtues of Ignorance: Complexity, Sustainability, and the Limits of Knowledge (2008) and Rooted in the Land: Essays on Community and Place (1996), were co-edited with William Vitek. Becoming Native to This Place, 1994, sketches his vision for the resettlement of America’s rural communities. Altars of Unhewn Stone appeared in 1987 and Meeting the Expectations of the Land, edited with Wendell Berry and Bruce Colman, was published in 1984. New Roots for Agriculture, 1980, outlines the basis for the agricultural research at The Land Institute.

The work of The Land Institute has been featured extensively in the popular media including The Atlantic Monthly, Audubon, National Geographic, Time Magazine, The MacNeil-Lehrer News Hour, and National Public Radio’s “All Things Considered.” Life magazine named Wes Jackson as one of 18 individuals they predict will be among the 100 “important Americans of the 20th century.” In the November 2005 issue, Smithsonian named him one of “35 Who Made a Difference” and in March, 2009 Wes was included in Rolling Stone’s “100 Agents of Change.”

Wes Jackson is a recipient of the Pew Conservation Scholars award (1990), a MacArthur Fellowship (1992), Right Livelihood Award (Stockholm), known as “Alternative Nobel Prize” (2000), and the Louis Bromfield Award (2010). He has received four honorary doctorates. In 2007 he received theUniversityofKansas Distinguished Service Awardand was one of the 2011 recipients of the University of Kansas College of Liberal Arts & Sciences’ Distinguished Alumni Awards.

In addition to lecturing nationwide and abroad, Dr. Jackson is involved outside The Land Institute with a variety of projects including being a Post Carbon Institute Fellow, a Councillor with the World Future Council and a member of the Green Lands Blue Waters Steering Committee.