UPDATE: We regret to announce that due to illness the lecture by Fr. Ian Ker will NOT take place as scheduled on Tuesday, Feb. 19. We apologize for this inconvenience and hope to reschedule Fr. Ker at the earliest opportunity.

The Gerber Institute for Catholic Studies is extremely proud to sponsor the 2013 Cardinal Newman Week Lecture by Father Ian Ker. The lecture will take place in the De Mattias Performance Hall at Newman University on February 19, 2013 at 7:00 pm. This event is free and open to the public.

Widely regarded as the world’s foremost authority on Cardinal Newman’s thought and writings, Father Ker has written extensively on Newman’s philosophy and life, including the standard biography, John Henry Newman: A Biography, first published by Oxford in 1988 and reprinted many times since. He is also the author of The Catholic Revival in English Literature 1845-1961, Mere Catholicism, and most recently G. K. Chesterton: A Biography (2011) which will shortly be published in paperback. Fr. Ker also edited the official Oxford edition of The Idea of a University. Currently, Fr. Ian Ker, who received his doctorate from Cambridge University, is a parish priest and a professor of Theology at Oxford University in England.xiao cheng 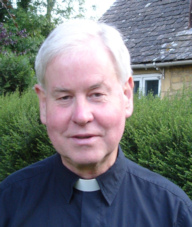